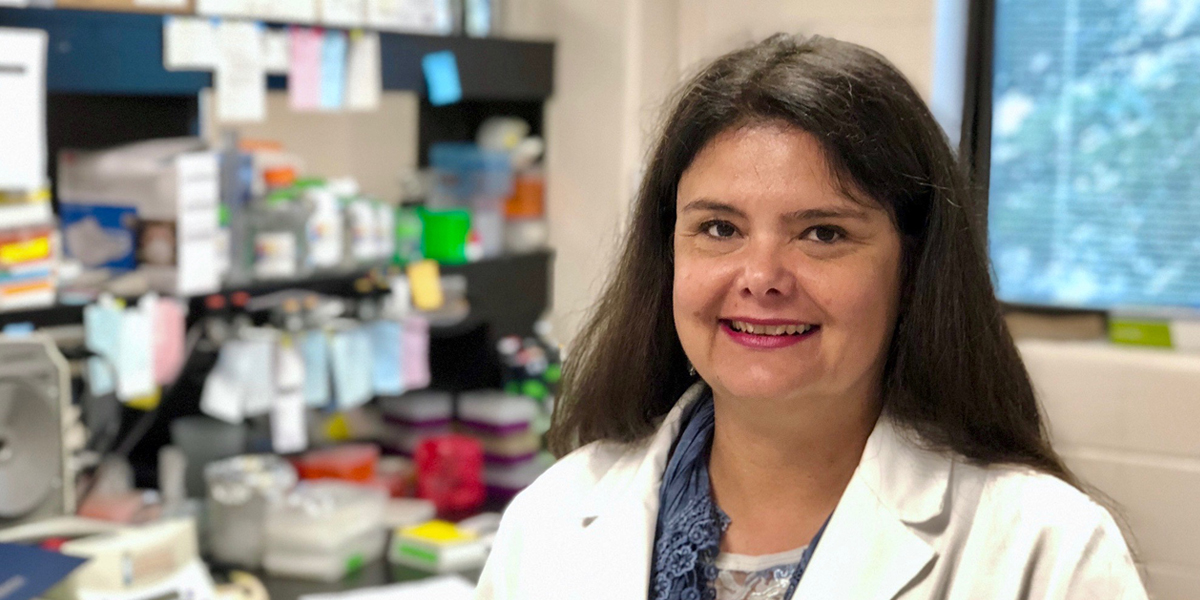 Every 3 seconds, someone in the world develops dementia. In Canada, 564,000 adults are currently living with dementia, and this number is expected to grow over the next decade.

Although dementia is regarded as one of the most significant health crises of the 21st century, researchers are still working to discover how the brain is affected during Alzheimer’s disease, the most common form of dementia. For the month of September, organizations around the world are raising awareness and challenging stigma associated with dementia, with the focus on Friday, September 21 for World Alzheimer’s Day.

BrainsCAN, Western University’s neuroscience research initiative, is supporting 29 projects on learning, memory and neurodegeneration including Alzheimer’s. The goal for BrainsCAN is to transform the way brain diseases and disorders are understood, diagnosed and treated through high-impact brain research.

BrainsCAN-aligned researcher and Professor at the Schulich School of Medicine and Dentistry, Vania Prado has been studying Alzheimer’s disease for over 10 years. In addition to receiving a BrainsCAN Accelerator Program grant to study the role brain inflammatory cells have on brain circuit development and cognition research, she is also the recipient of a 2018 Alzheimer Society of Canada Research Program (ASRP) funding grant.

“The Alzheimer Society of Canada funding grant is focused on brain inflammation and how that relates to Alzheimer’s,” said Prado.

Neuroinflammation, or inflammation in the brain, is becoming a focus for Alzheimer’s disease research. Currently, researchers are working to determine if inflammation plays an active and early role in the development of Alzheimer’s.

Prado’s neuroinflammation research will focus on microglia – the second most common cell in the brain after neurons. Microglia patrol the brain to look for infection or inflammation and clean the brain of these contaminants. However, research suggests that prolonged activation of microglia, as it seems to occur in an Alzheimer’s brain, is harmful and results in damaged neurons.

Using a specific drug, Prado and her team will activate or deactivate specific receptors in microglia to determine what impact this has on microglial function. This research will help identify whether changing microglial function during the progression of Alzheimer’s helps decrease or eliminate disease.

“We are going to test whether modulating microglia specifically will control brain inflammation and therefore, reduce cell death in our Alzheimer’s disease model,” said Prado. “In Alzheimer’s, we still don’t know how much inflammation contributes to brain cell degeneration. There are more questions than answers at the moment.”

Prado’s research is in the beginning stages, but she’s hopeful this work will have an impact on patients.

“If this research is successful, it will tell us that microglial receptors can be the target of drugs to reduce the burden of Alzheimer’s” said Prado.