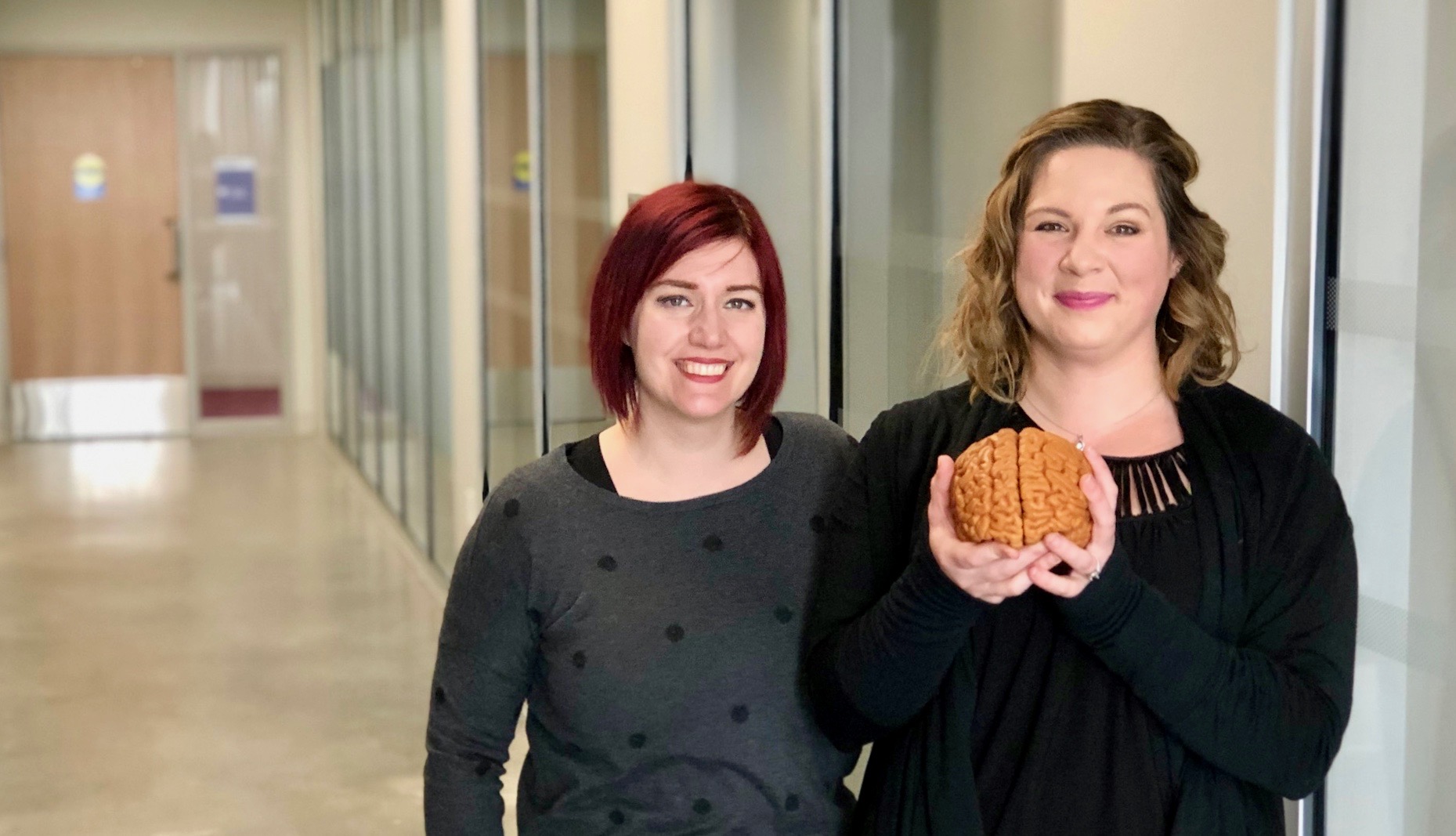 In a review published February 26 in the journal Trends in Cognitive Sciences, researchers explore the age-old chicken-or-the-egg conundrum but this time looking at whether obesity reduces self-control or if reduced self-control leads to obesity. The authors argue that the short answer is both, and it is largely due to activity in the prefrontal cortex, which is not only affected by our dietary choices, but can also influence it.

"It's not just the case that obesity is causing these issues in the brain structure and function, but it is this reciprocal relationship--that differences in brain structure and function can cause obesity, that's really important," says first author Cassandra Lowe (@cassandra_lowe), a BrainsCAN Postdoctoral Fellow at Western University. "Our review shows that if you have lower prefrontal activity, it can pre-dispose you to overeating, which in turn can lead to weight gain and obesity."

Obesity neuroscience has primarily focused on dysfunction in the brain's reward pathways, but recent studies have found that individual differences in the function and structure of the prefrontal cortex may be of equal importance. The extent by which that region of the brain is activated when making decisions has been shown to predict a person's susceptibility to desiring high-calorie foods. Someone with reduced activity in the prefrontal cortex may be more prone to eat more, especially when presented with food cues (e.g., media advertisements), which can cause more changes in the brain that would then cause overeating to occur in the future, and so on, in a loop.

"By reframing the issue of obesity around prefrontal activity, as opposed to reward region responsivity, we can explore treatments and preventative measures that may inhibit unwanted weight gain." says Lowe.

"Exercise has been shown to increase activity in our prefrontal cortex, which in turn lets us better ignore food cravings, going well beyond its traditional role as merely a means of getting rid of surplus calories," says Lowe. Additionally, research suggests that practicing mindfulness in our eating behavior is also an effective way to improve prefrontal cortex activity. "By focusing on the healthiness and long-term consequences of the food we are eating instead of just taste, we are able to make better dietary choices."

"Making good eating habits during our formative childhood and adolescent years can help set healthy eating up for life and ensure the prefrontal cortex functions correctly," says Amy Reichelt (@TheAmyR), a BrainsCAN Postdoctoral Fellow at Western University who co-authored the review along with Peter Hall of Waterloo University in Canada. "At this age, an adolescent's prefrontal cortex is not fully developed, which in part explains the impulsive and hot-headed decision making of our youth--the control system isn't fully engaged yet. Related to this aptitude for poor decision making are poor eating habits, with adolescents eating more unnecessary calories from junk foods than any other age group, a habit that can last into adulthood."

Improving prefrontal cortex activity by making behavior-based therapies, like exercise and mindfulness, prescribed as the norm is an attractive approach to combating obesity, the authors write. However, how to implement these therapies will require further research, as there is currently no conclusive data on how to most effectively apply them.

"Focusing on how obesity and prefrontal activity are related, how this relationship affects our brain, and how it can ultimately allow us to exert control and make better dietary choices will be really important in thwarting the obesity epidemic," Lowe says. "The science is really promising."

The authors acknowledge support from the BrainsCAN Postdoctoral Fellowships at The Western University, funded by the Canada First Research Excellence Fund, and the Australian Research Council.