Q&A: The risks of cannabis use during pregnancy 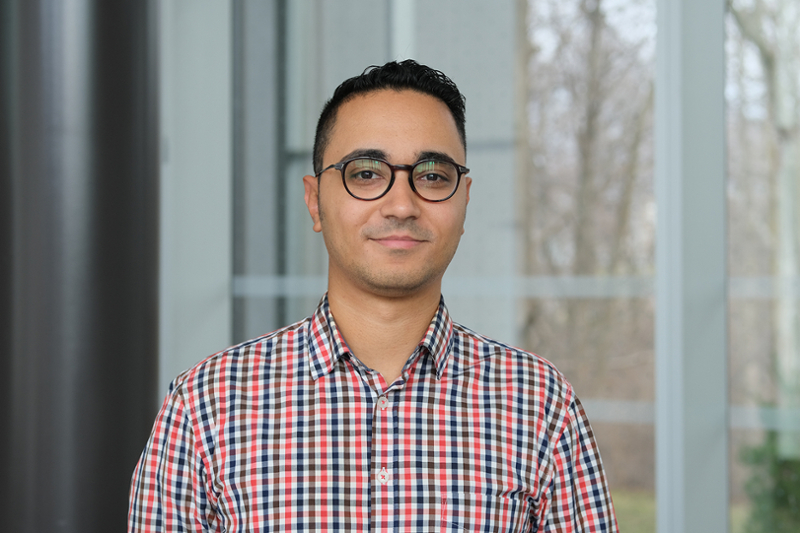 We know that alcohol and pregnancy don’t mix. Those who are expecting are told to steer clear of raw fish, unpasteurized dairy, and certain medications. But what about cannabis?

The answers aren’t as clear because the recreational use of cannabis became legal in Canada less than three years ago, so it is a relatively new area of research. However, the number of studies surrounding the drug has skyrocketed.

Mina spoke with us about the potential harmful effects of prenatal cannabis use, including the physiological and neurodevelopmental factors at risk.

What question did you want to answer when you started this work? What did you find?

Public perception about the use of cannabis products, even during pregnancy, is often fraught with misinformation and inconsistent messaging. This is reflected in the scientific literature, where the long-term effects of cannabis exposure in utero is in the very early stages of investigation. My goal with this review was to capture the most up-to-date knowledge about these effects, and highlight both areas of relative consensus as well as knowledge gaps that require more rigorous investigation. In this paper, I summarize the literature on the effects of cannabis on prenatal outcomes- both physiological and neuropsychiatric, with an emphasis on recent data.


What does the current literature say about cannabis use during pregnancy?

One of the major limitations of prenatal cannabis research from past decades is the dramatic change in the cannabinoid composition we have seen in modern cannabis products. In particular, I highlight the exponential rise in THC concentration (the psychoactive component of cannabis) over the past couple of decades. This is relevant and interesting as it seems that more recent clinical and animal data shows more pronounced cognitive and emotional deficits as a result of in-utero cannabis exposure. More contemporary research has also begun to employ more accurate measurements of in-utero cannabis exposure, such as urine and blood tests, as opposed to relying solely on self-reporting, which can often be inaccurate. However, there remains a stark lack of research into the prenatal effects of CBD (the major non-psychoactive component of cannabis), which is often assumed to be relatively safe, as well as a lack of focus on potential sex-dependent effects of in-utero cannabis exposure. These gaps are of particular interest to me, and I aim to address them in my research.


Has the relatively recent legalization in Canada sparked interest in this study? Have consumption rates changed?

The relatively recent legalization of cannabis in Canada, as well as similar global trends, has certainly facilitated more research into the long-term effects of cannabis. While it’s difficult to draw conclusions regarding changes in consumption rate resulting from legalization (due to methodological limitations in assessing illegal consumption), changes in consumption may also be group- and age-dependent. It is interesting to note that some surveys suggest that an increasing number of women intend to use cannabis products during pregnancy, perhaps owing to the perception of safety due to legalization.


What are the physiological and neurodevelopmental factors at risk?

While many effects of in-utero exposure to cannabis remain under-explored in the literature, the preponderance of recent evidence points to some key outcomes. In terms of neonatal outcomes, cannabis exposure may be associated with lower birth weight and preterm deliveries. Animal studies also reveal that in-utero cannabis exposure may lead to metabolic issues, such as glucose intolerance. Neurodevelopmentally, in-utero exposure may be associated with cognitive deficits in memory, attention, and learning, and may also increase the risk of developing depression, psychosis, and sleep disturbances. Interestingly, there is some indication in more recent studies that many of these deficits are sex-dependant in some way, though much more research will be needed to determine precisely how in-utero cannabis exposure might affect male and female offspring differently.


How could a child’s brain development be affected by prenatal cannabis use when they’re a toddler? A child? A teen?

Interestingly, recent clinical studies that include large cohorts of subjects are pointing towards the long-term effects of prenatal cannabis exposure. These studies typically follow and assess subjects in their childhood and adolescence, and have found persistent deficits in cognition and mood at these time points. There is even some evidence that young adults that were exposed to cannabis in utero have abnormal fMRI results relevant to cognition and mood. The mechanisms of these potential deficits remain an area of active research, including by our group in Dr. Steven Laviolette’s lab in collaboration with Dr. Daniel Hardy’s prenatal research group. My work focuses specifically on how the brain is changed by prenatal exposure to THC and/or CBD at the molecular, structural, and functional levels and how these changes are related to potential deficits in neuropsychiatric behaviour in both male and female offspring.

Do you advise pregnant people to avoid cannabis completely until there is more research?

I have a great deal of empathy for people who are pregnant and may be dealing with difficult medical issues, such as severe nausea or depression and anxiety that are resistant to typical treatments approved during pregnancy. From a scientific standpoint, I would advise pregnant people to think about cannabis products the same way they might think about any prescription drug. Prescription drugs must pass rigorous clinical trials to assess their efficacy and safety before being approved. The reality is that we don’t have these rigorous trials for the use of cannabis during pregnancy, and there are strong indications of long-term consequences to the offspring. I hope that pregnant people considering the use of cannabis products would be empowered by the available and emerging research to ask the right questions about risks when discussing the option with their healthcare providers. Ultimately, more knowledge will lead to better-informed decisions and we are still in the early stages of understanding the true impact that in-utero cannabis exposure can have on offspring.


What do you hope the results of your research will lead to?

I’m a staunch advocate of evidence-based policy in all aspects of public life. When it comes to cannabis consumption, it’s critical that the public and policymakers conceptualize and regulate cannabis products based on the best available evidence. This means having an accurate understanding of both the potential benefits, as well as inherent risks associated with cannabis use in different populations. In my view, one of the pressing issues around cannabis use is during pregnancy. Reproductive-aged women often use cannabis to self-medicate for issues like depression, anxiety, and nausea without being presented with information about the potential risks to the offspring. My research goal is to investigate the precise effects that in utero cannabis may have on the long-term neurodevelopment of offspring, and to facilitate discussion and awareness of any potential risks involved.


What’s next with your research?

I am currently working on expanding our animal model to include a component of stress. One of the major reasons pregnant women use cannabis is to alleviate depression and anxiety, so it is possible that the stress associated with depression and anxiety is an important factor in the clinical effects we see as a result of in-utero cannabis exposure. By incorporating a stress component in our animal model, we will increase the clinical relevance of this model and begin to tease out the independent and combined effects of prenatal stress and prenatal cannabis consumption on offspring outcomes.