Q&A: Lisa Saksida honoured as a powerful advocate for women in STEM 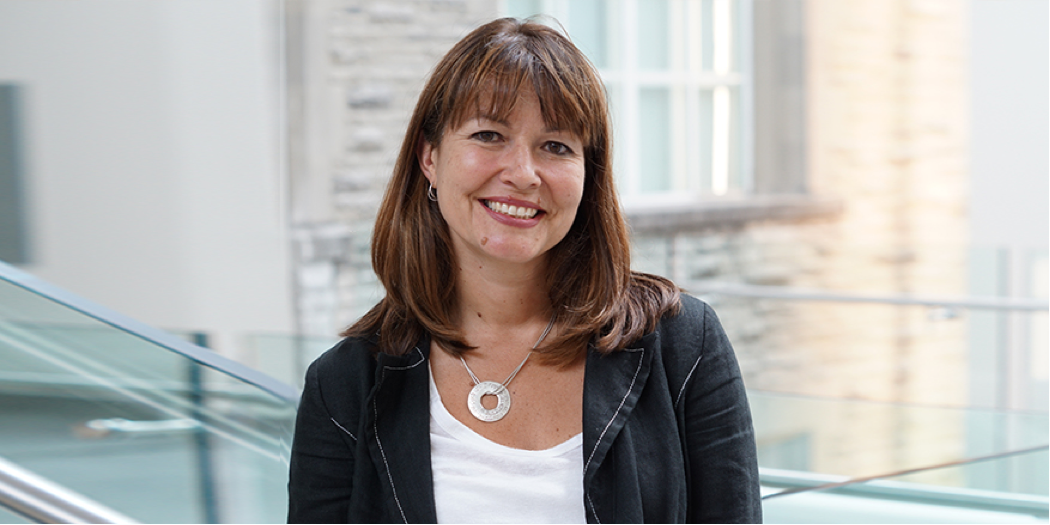 Lisa Saksida, professor of physiology and pharmacology at Schulich School of Medicine & Dentistry and BrainsCAN co-scientific director, has been recognized as a powerful advocate for women in STEM and a leader in neuroscience research.

“Teamwork has been essential to my success. All of my work is not my sole accomplishment; it has only been possible because I have always worked with a very talented team of trainees and collaborators.”

2020 has been a big year for Lisa Saksida, professor of physiology and pharmacology at Schulich School of Medicine & Dentistry and BrainsCAN co-scientific director. Saksida was elected into the Royal Society of Canada in September; two weeks later, she was named a Fellow of the Canadian Academy of Health Sciences; and today, she has been honoured as one of WXN’s Top 100 — recognizing outstanding women across Canada who advocate for workforce diversity and inspire tomorrow’s leaders.

WXN Top 100: Canada’s Most Powerful Women Awards Program celebrates female leaders who fearlessly push boundaries in their careers, amongst peers and for their communities. It highlights women who are shattering ceilings and who know the possibilities are endless.

Saksida, also a Canada Research Chair in Translational Cognitive Neuroscience and scientist at the Robarts Research Institute, spoke with us and shared what led her to where she is today and what this honour means to her.

What led to your decision to pursue cognitive neuroscience?

As a second-year undergraduate student at Western, I took a psychology course and ended up finding it absolutely fascinating, especially theoretical cognitive psychology where you try to figure out how things like learning, memory and attention work.

I then went to UBC to earn a master’s degree. While there, I attended a public lecture by the philosopher Patricia Churchland that absolutely blew my mind. She had just published a book called “The Computational Brain” which was all about using more neurobiologically realistic computational models to understand cognition. This was revolutionary at the time and was taking the theoretical cognitive psychology that I was interested in to the next level. I was inspired both by the talk and by the phenomenal woman on stage, and decided at that point that that was exactly what I wanted to do.

Over the years my work has moved away from the more theoretical, and toward the more neurobiological, but understanding cognition and behaviour has always been the central goal.

What is your motivation to better understand cognition?

Understanding how the human brain achieves the feats that comprise complex cognition—aspects such as learning, memory, attention and decision making—is a huge unsolved problem. The brain is incredibly complex, as is cognition, and at this point in time we really have relatively little understanding of either of these things, let alone how they work together. This is tremendously interesting to me from a purely intellectual perspective.

How can your research translate to impact in the real world?

Since we need to understand what is going right in a healthy brain to understand what is going wrong in a diseased brain, we spend a lot of time looking at what goes on in the brain on a cellular and molecular level during very precise tests of learning, memory and attention in my lab. We do this by observing the brains of mice while they play video games that require the use of learning, memory and attention, and where the mice get some strawberry milkshake for getting the right answer. We can then compare what we learn from the mice directly to patients, who can be tested on exactly the same tests on the computer.

Ultimately, the goal is to develop more specific treatment strategies for brain disorders, based on precise analysis of the individual symptoms and the underlying brain pathologies.

What does this significant achievement mean to you?

This is a tremendous honour for me. The absolute best part of my job is seeing the many outstanding people that I have worked with flourishing in their careers and otherwise in their lives.  It is incredibly meaningful to me if I have played even just a small part in making this happen. Teamwork has been essential to my success. All of my work is not my sole accomplishment; it has only been possible because I have always worked with a very talented team of trainees and collaborators.

A couple of weeks ago, a paper was published in a prestigious scientific journal called Nature Communications that claimed that women scientists who publish with other women are less likely to be successful. The authors recommended that women scientists should avoid publishing with and being mentored by other women, and suggested that women should aim to find more career success by working instead with men.  This rightfully led to an outcry on science Twitter, with many scientists pointing out both flaws in the methodology and in the conclusions. In particular, the authors did not seem to consider systemic barriers that are known to impact women’s careers in their analysis, and instead suggested that women should change their behaviour to fit better within our flawed system. Furthermore, they didn't consider other critical benefits of mentorship between women—which include things such as a feeling of belonging, confidence and the impact of seeing women role models who successfully combine scientific careers and family life—all of which have been shown to contribute to keeping women in the scientific pipeline.

Within this context, being recognized as a mentor for other women is even more important to me. Over the years, I have come to a better understanding of how important it is for me to see women that I can relate to in some way being successful. The Nobel Prize that was recently awarded to a team of two women—Jennifer Doudna and Emanuelle Charpentier—had a surprisingly large impact on me, and it made me realize how infrequently I see that kind of success, and how desperate I am to see it.

How has women in STEM changed since your career began? Where do you see it going?

I see considerably less overt discrimination now, which is a very good thing, but there is still a lot of the more insidious and subtle discrimination. Microaggressions, many of which don’t seem like a big deal on their own, add up over time to create bigger problems and eventually lead to women leaving science. I also have noticed that as a graduate student in cognitive neuroscience in the early 90’s, a little more than half of my class were women. But now, I see that the number of full professors around me who are women is below a quarter. If we look at the proportion of women in major scientific leadership positions the number is even more abysmal. When I was a graduate student, I honestly believed that women had caught up, and that we would be at parity all the way along the career hierarchy, but that is clearly not the case.

However, I am hopeful because awareness and enthusiasm around these issues have increased tremendously over the years. What we need to do now in Canada is figure out how to take that awareness and enthusiasm and channel it into creating concrete, positive change. There is a real danger of spending too much time talking, and not enough time doing. I spent many years as an academic in the UK, and saw first-hand the impact of a program called Athena SWAN. This program involves gathering data to better understand inequities in any given area, then developing a clear action plan with concrete, measurable actions designed to address the inequities, and then assessing the impact of those actions. Once this program was attached to research funding, people started to really pay attention. And it took a few years, but over time I started to see somewhat reluctant adherence transform into actual cultural change. Our former Science Minister Kirsty Duncan spearheaded a Canadian version of this program called Dimensions, and I would love to see that program developed and pushed further.

Who has influenced your career?

I take inspiration from many of the women who I have worked with, am working with, and who I see from afar. My first scientific role model was a graduate student who was my honours thesis supervisor, who is now a distinguished professor at UBC. She is incredibly intelligent and also completely normal, and she showed me that it is possible to be a fabulous scientist while at the same time having a life. While I was doing my PhD in a department that had more men named Dave than women (seriously), I was repeatedly lifted up and motivated by one of my fellow graduate students who became one of my best friends. I have never seen anyone get their head around complex problems faster than her and have never seen anyone who is better at making things happen. I still look to her for inspiration today. After being incredibly successful in the tech industry, she decided to be true to her values and is now teaching kids music and math, which she finds much more fulfilling. Along the way, I have also looked to a number of women more senior to me.

I also look to the women coming after me. The brilliance, creativity and strength of my trainees, past and present, never fails to astound me.

Women's Executive Network (WXN), a member-based organization, is Canada’s #1 and only national organization that meaningfully propels and celebrates the advancement of women at all levels, in all sectors, and of all ages. WXN delivers this advancement through training, events, mentoring, networking, and award and recognition programs for members and partners.