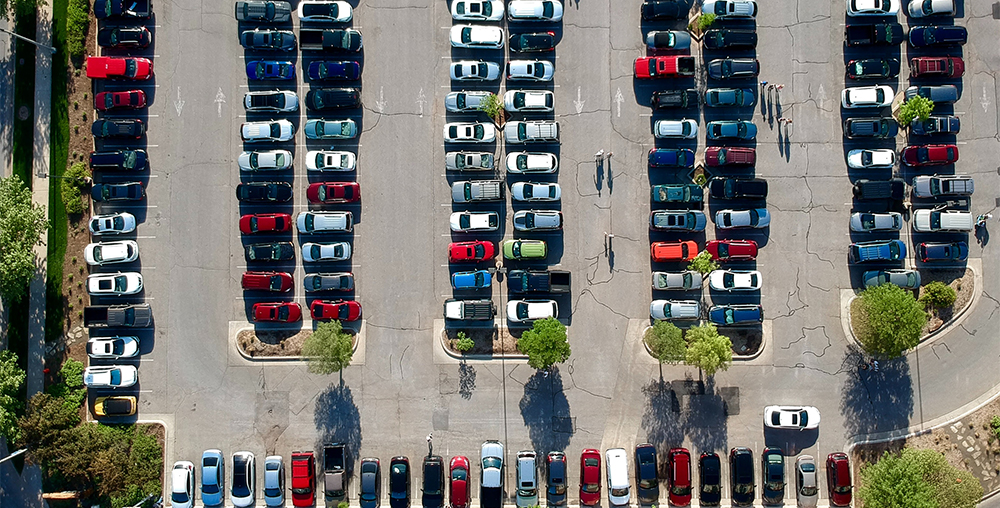 Forgot where you parked your car? It would happen more frequently without the brain’s ability to distinguish between similar events. Remembering where you parked your car today as opposed to yesterday, or what you wore to work earlier this week, is possible because of a memory process known as pattern separation. It’s the brain’s way of differentiating between similar memories.

“To function effectively in life, our brain must store many different memories, some of them quite distinct, but others very similar to one another. Pattern separation is a putative computation carried out by the brain that takes similar events and stores them as distinct, less confusable memories,” said Tim Bussey, senior author of the study and professor of physiology and pharmacology at Western’s Schulich School of Medicine & Dentistry. “It is thought to happen in the hippocampus, a brain structure known to be critical for memory.”

To test pattern separation, the SLR task involves placing three identical objects in an arena for a rodent to explore. After a period of time for memory consolidation, one of the three objects is moved to a new location in the arena, and one object remains in its original location. Observing how the rodent explores the new and familiar object locations helps researchers study memory. 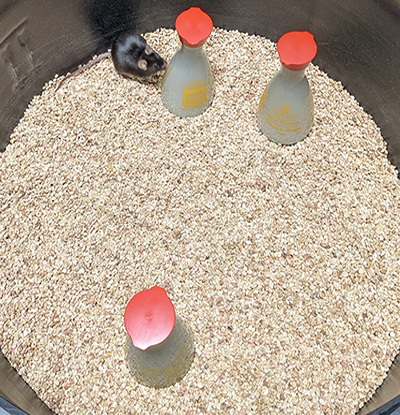 “The SLR task allows us to test how well a mouse can discriminate between locations of objects when they’re brought closer together or further apart – allowing us to manipulate the similarity of the memory being encoded,” said Olivia Ghosh-Swaby, contributing author, Vanier Scholar and PhD Candidate in Neuroscience at Western. “If they are able to encode or remember where the objects are located originally, they should be able to recognize when an object is placed in a new location.”

“It harnesses the exploratory nature of rodents, which has been used for many years as a way of gauging their memory abilities,” added Amy Reichelt, first author and former BrainsCAN Postdoctoral Fellow. “Mice and rats have a preference for novelty, so if one of the objects gets moved to a new place they will explore the novel-located object preferentially compared to the familiar-located object. This task gives researchers a robust behavioural assessment that helps us understand more about how memories are made.”

Pattern separation is a critical cognitive function – it’s what helps us build precise memories. When it becomes impaired, it can lead to memory deficits seen in normal aging, but also in neuropsychiatric and neurodegenerative diseases including schizophrenia and Alzheimer’s Disease.

“An example of failed pattern separation is when someone has fairly advanced Alzheimer’s Disease and mistakes faces,” said Paul Sheppard, contributing author and Postdoctoral Researcher at Western. “They believe they’re recognizing someone, but it’s a different person entirely, and it’s a really hard experience for everyone involved.”

In order to develop therapies for Alzheimer’s Disease and other neuropsychiatric and neurodegenerative conditions, researchers are working to better understand pattern separation and how memories are made in the brain at a fundamental level. The SLR test gives researchers a simple behavioural task that reliably measures pattern separation performance during encoding rather than memory retrieval.

“This task gives us a strong, validated, and replicable test for looking at the basic science level of how pattern separation occurs and what sort of players in the brain are involved,” said Sheppard. “By understanding the neurobiological mechanisms underlying pattern separation, it gives us the chance to find novel targets for therapeutics.”

“Pattern separation helps us avoid confusion about the facts of events by keeping similar memories separate and distinct,” said Bussey, Western Research Chair in Cognitive Neuroscience and core member of Western’s Brain and Mind Institute. “Without differentiation of memories for events, we would have a hard time making sense of our world.”