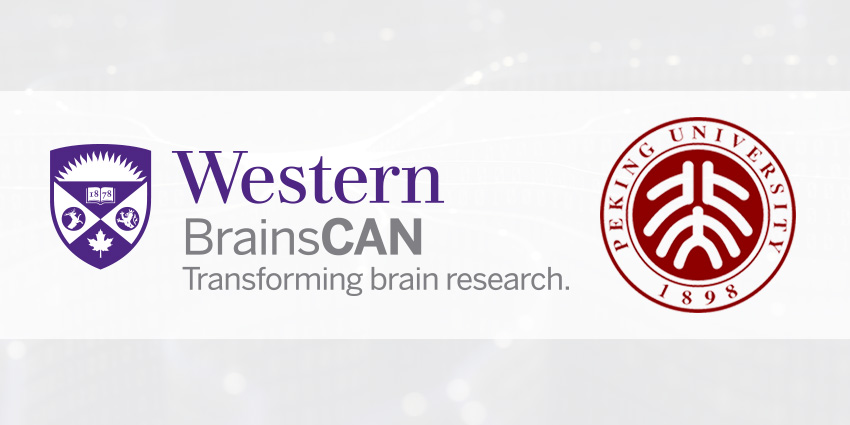 A paper published today in Nature Methods by BrainsCAN-aligned researchers in collaboration with Miao Jing, Yulong Li and other neuroscientists at Peking University embodies how scientists are helping each other in the most atypical year.

The work reports a significant improvement in a methodology to detect acetylcholine – the neurotransmitter that is reduced in dementia – in freely behaving mice. The researchers used a mouse model generated by Western scientists to demonstrate that the new methodology works well to measure the neurotransmitter. The method can help advance our understanding of acetylcholine’s role in dementia and will bring scientists another step closer to developing more accurate treatments.

The pandemic presented a unique challenge but also an opportunity for this important collaboration. It was late January of this year when the manuscript reporting these findings came back from review requesting additional experiments. This also happened to be when China went into lockdown – interfering with lab access at Peking University. It was then that researchers at Western, which were already collaborating with the work, were able to step in and conduct key experiments for the manuscript.

Miguel Skirzewski Prieto and Ornela Kljakic, respectively a research associate and a graduate student, with support from Tim Bussey, Lisa Saksida, Vania Prado and Marco Prado, Western researchers, used models developed by the BrainsCAN Rodent Cognition Core to demonstrate the success of the methods developed by the researchers in China. The Western team used mice that lack a critical gene in the brain, modelling some of the changes observed in Alzheimer’s disease, and showed that the brain cells of the mice did not secrete acetylcholine efficiently. The mice also show impairments in memory and attention, reminiscent of the symptoms of Alzheimer’s disease.

“We were able to finish our part in these experiments just in time – the week before Western University shut down,” said Marco Prado. The research group in China eventually completed the work and sent it to Nature Methods for final acceptance.

“The collaborative part done by Western researchers greatly expanded our work from basic tool development to neurological diseases models. Having this international collaboration is of great value, especially during this difficult time caused by the pandemic,” added Yulong Li. “We greatly appreciate the effort, and we hope this work will lead to an advanced understanding of the molecular mechanism of diseases.”

COVID-19 has made 2020 a year unlike no other. Everyone has experienced challenges, including researchers forced to delay their work. Nonetheless, through all the noise, researchers on opposite sides of the world could help each other and advance research tools to generate new knowledge for a disease that affects almost 1 million Canadians.

“Science unites people. When we collaborate, we don’t see borders,” said Prado. “Just a common interest to advance our understanding of dementia.”