Many neurodevelopmental and psychiatric diseases have both environmental and genetic influences. Environmental pressures can start during pregnancy but timely recognition of such influences can reduce the risks of impact on normal development.

An increasing number of papers on 'fetal programming and Developmental Origins of Health And Disease (DOHAD)' have shown that high risk pregnancies are associated with autism spectrum disorder, schizophrenia and cerebral palsy.

Issues such as auto-immune disease, excessive gestational weight gain, obesity, exposure to drugs, infection, high-fat diet or environmental pollutants represent complications in pregnancy. When those kinds of complications are present, it has been suggested that inflammatory pathways in pregnancies increase the likelihood that neuropsychiatric disorders will result.

We may be able to use variations in the functional and structural network of the developing fetal brain to predict early impairments in cognitive function. For example, it is possible to see abnormalities in the 'resting-state network', the regional interactions in the brain when it's resting or not undertaking any explicit task, in subjects at high risk of autism spectrum disorder and schizophrenia before any symptoms are observed.

During pregnancy, there is a period of high 'brain plasticity', the ability of the brain to reorganize and respond to change, and if fetal brain MRI were able to pick up any abnormalities, it may be possible to treat the fetus during this period.

However, studying the brain of a fetus is technically very challenging; both mother and fetus can move and the logistics of of scheduling alongside an obstetrics team is very difficult.

Our hypothesis is that differences in the regional connectivity within the fetal brain (the structural and functional connections between regions of the brain) can be observed with fetal fMRI as early as in the second trimester of pregnancy. 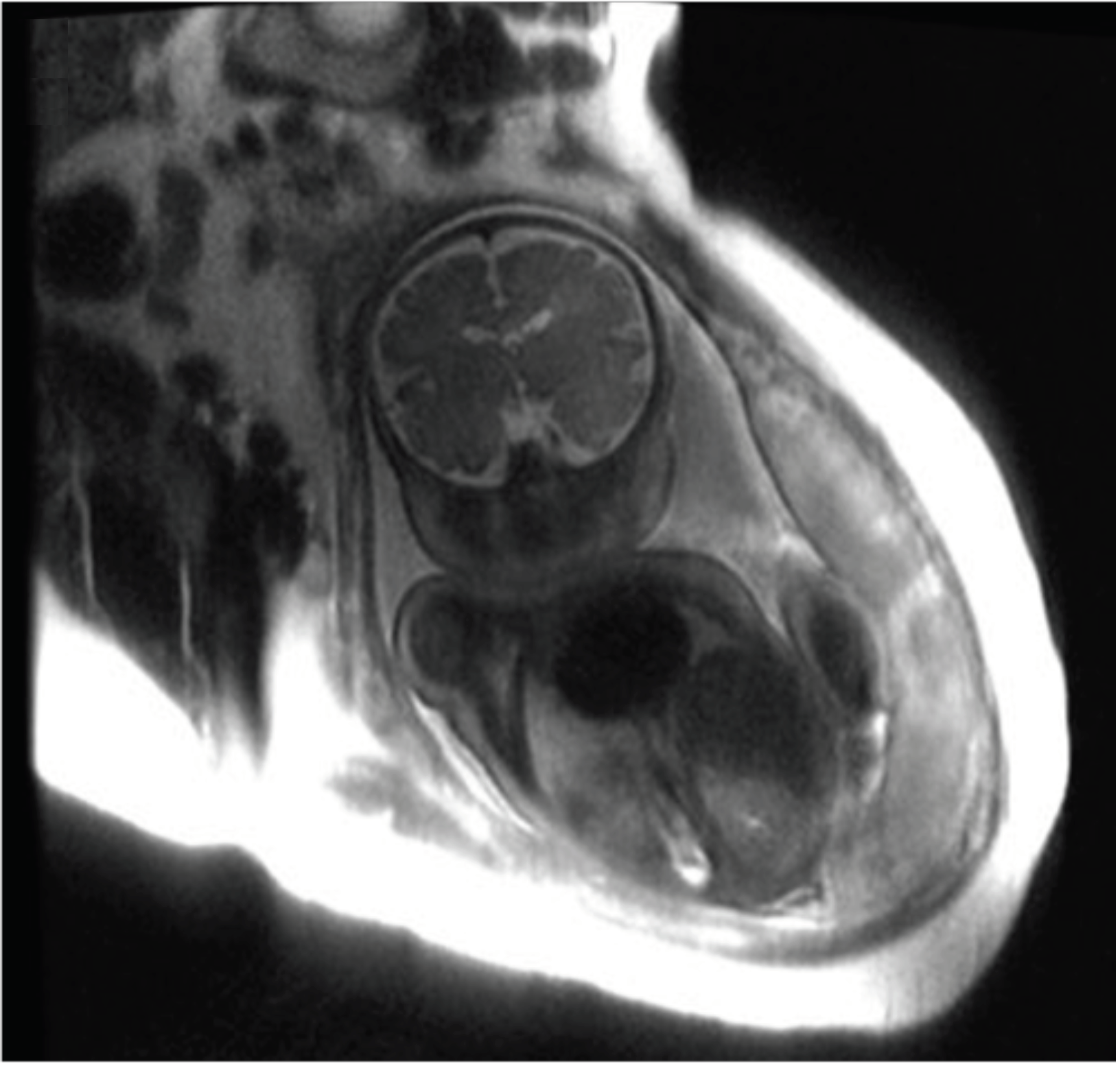 If we can detect differences in an at-risk fetal brain and associate that with plancental and maternal data, we could recommend interventions, such as diet or medication changes, and then monitor the impact of treatment on the fetal brain.

We will develop an approach that can accommodate maternal and fetal movement during imaging, analyse the structural and functional connectivity data of the fetal brain and integrate that with analysis of fetal health data (such as weight and body fat percentage) and maternal information that impacts the environment for the fetus. We will therefore start our study with healthy fetuses to develop the right tools.

The long-term goal of this work is to reduce the impact of cognitive disorders and their incidence in children.